Australian F-35's will be Sukhoi bait in the Pacific & other bad news for the program. 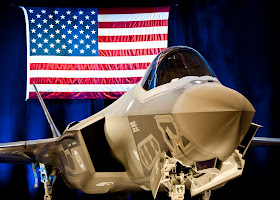 
In the submission to the Senate Standing Committee on Foreign Affairs, Defence and Trade’s Joint Strike Fighter inquiry, Royal Australian Air Force Wing Commander Chris Mills AM, MSc, BSc (Retd) says that lessons from history and statistical modelling suggest that the F-35 is a poor choice for the future of warfare in the region, which centres around air superiority versus countries like Indonesia and China.
A simulation showing six F-35s versus six Sukhoi SU-35S, Indonesia’s intended future air superiority fighter choice for its air force, suggests that 2.36 Joint Strike Fighters would be lost for every SU-35S downed. The simulation was run on H3MilSim software developed by Mills’ RepSim, a company he and a colleague set up after retiring from the RAAF.
A simulation of the aerially superior F-22 Raptor, though, results in an almost precisely opposite outcome — with 2.14 Sukhoi jets destroyed per F-22 loss. While the F-35 is a newer jet, it is a multirole fighter capable of ground attack and reconnaissance, while the F-22 has the sole role of air superiority and supremacy in enemy airspace.

Read the entire article for yourself but one thing I just noticed and no one is talking about.  Every simulation I've seen for the F-22, F-35, F-18, Typhoon etc...shows that even under the best case circumstances we're going to suffer a TREMENDOUS loss rate (even if it's tilted in our favor)...something is wrong with our airpower theory if we're looking at a 2.14 Sukhoi to 1 F-22 loss rate...our best fighter is just a little better than even against what they currently fly!

I'll leave that to you to chew on.  But I direct you to these other news stories that point in the same direction...

Unready for War: America’s F-35 Gets a Bad Report Card

This is what regret looks like for the Pentagon