Wait one Gawd Damn minute! The USMC declared the F-35B operational with 2B software! 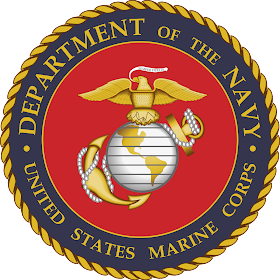 Wait one Gawd Damn minute!  The USMC declared the F-35B operational with 2B software.  Let me refresh your memory.  via Marines.mil

Marine Fighter Attack Squadron 121 (VMFA-121), based in Yuma, Arizona, is the first squadron in military history to become operational with an F-35 variant, following a five-day Operational Readiness Inspection, which concluded July 17.

“I am pleased to announce that VMFA-121 has achieved Initial Operational Capability in the F-35B, as defined by requirements outlined in the June 2014 Joint Report to Congressional Defense Committees,” said Gen. Joseph Dunford, Commandant of the Marine Corps. “VMFA-121 has ten aircraft in the Block 2B configuration with the requisite performance envelope and weapons clearances, to include the training, sustainment capabilities, and infrastructure to deploy to an austere site or a ship. It is capable of conducting Close Air Support, Offensive and Defensive Counter Air, Air Interdiction, Assault Support Escort and Armed Reconnaissance as part of a Marine Air Ground Task Force, or in support of the Joint Force.”

Dunford stated that he has his full confidence in the F-35B’s ability to support Marines in combat, predicated on years of concurrent developmental testing and operational flying.

“Prior to declaring IOC, we have conducted flight operations for seven weeks at sea aboard an L-Class carrier, participated in multiple large force exercises, and executed a recent operational evaluation which included multiple live ordnance sorties," said Dunford. "The F-35B’s ability to conduct operations from expeditionary airstrips or sea-based carriers provides our Nation with its first 5th generation strike fighter, which will transform the way we fight and win.”

As the future of Marine Corps tactical aviation, the F-35 will eventually replace three legacy platforms: the AV-8B Harrier, the F/A-18 Hornet, and the EA-6B Prowler.

Former Commandant of the Marine Corps and Current Chairman of the Joint Chiefs said that the 2B was fully capable of performing the FULL SPECTRUM of combat.

Let me plus out the capabilities he outlined for the slow members of the class...


It is capable of conducting Close Air Support, Offensive and Defensive Counter Air, Air Interdiction, Assault Support Escort and Armed Reconnaissance as part of a Marine Air Ground Task Force, or in support of the Joint Force.

That's the whole enchilada folks.  That is everything that Marine Air does kinetically.

But now we have this revelation from Flight Global (posted about it earlier but we need to plus it out again..story here and thanks again to Peter for getting it to me!).


Delays during the development stage caused Lockheed to deliver more than 108 aircraft with Block 2B software. Each fighter requires 150-160 modifications to be raised to the combat-rated Block 3 standard, says Vice Adm Matt Winter, the F-35’s programme executive.

So what the fuck over?

We were sold by the USMC and USAF that Block 2B is combat capable.  We have F-35's flying demonstrations of force near N. Korea and the FUCKING PROGRAMME EXECUTIVE says that Block 3 is the combat rated standard?????

I SAY AGAIN!  WHAT THE FUCK!

These planes aren't worth upgrading to Block 3 because they want to save money, but at the same time they're combat capable now?