China is shaping the ground for military action in Hong Kong...

A new round of protests erupted across Hong Kong. Police have made multiple arrests amid escalating violence. pic.twitter.com/VTaH31K9O9
— China Daily (@ChinaDaily) August 11, 2019

Make note of where this Tweet originated.  China Daily, a self proclaimed news organization whose purpose is to "inspire dialog between China and the US".

If you haven't been following the issue then let's be clear.  The protesters have ramped things up dramatically.  Which part is psyops and which part is truth I just don't know.

What I do know is that they're claiming that Hong Kong Police, China Supporters and the average citizen on the ground is getting attacked on an almost daily basis.

In others words, this is past ugly and rapidly approaching F-UGLY.

Another week at most to shape the terrain and then we'll see tanks moving in Hong Kong to restore order and (taking a page from a recent Marine Corps advertisement) running to the sound of chaos... 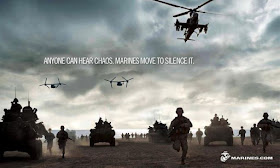 I'm an unashamed China critic, but even with that I can actually support the move (when it comes...and I'm sure it will).

I wish I was wrong but this no longer looks like a pro-democracy movement (if it ever was).  This seems like its tipped into anarchy.

Before you rage at me, tell me where I'm wrong.